Wim Delvoye’s Flatbed Trailer (2007) of rusty steel filigree occupies the approach to the Yokohama Museum of Art, the main venue of the fifth installment of the Yokohama Triennale. An Art Bin (2014) by Michael Landy, a see-through container the height of a three-story house, dominates the museum’s foyer.

These are “introductions” to a visual story titled “ART Fahrenheit 451: Sailing into the sea of oblivion” by artistic director Yasumasa Morimura, an artist known for self-portraits made by copying his Japanese face into works by Velázquez, van Gogh and other Western masters.

The “story” reaches an unexpected climax in a room near the entrance. A work by Agnes Martin, Untitled #10 (1988), bearing grayish stripes in acrylic and pencil, is exhibited face-to-face with a canvas by Tomoharu Murakami. The obscure Japanese veteran’s work, about one fourth the size of Martin’s, doesn’t even display a title or date. In meticulous touches he covers the canvas with pitch-black oil paint, almost ritually. While both look abstract and minimal, the works contrast with each other in size, material and method. Nevertheless, in terms of visual mass and tacit eloquence, they balance exquisitely. What Morimura calls an attempt to revisit things neglected, overlooked or out of sight has proved successful in regard to Martin versus Murakami. Despite the commonplace categorization of these works into a “chapter” about “silence and whispers,” they are rescued from oblivion, not burnt like books in the namesake science fiction of Ray Bradbury. Among other exhibits, Gregor Schneider’s new project German Angst (2014), an empty room in the museum converted into a dim mud pit, stirs up our latent anxiety, as anticipated. Shinro Ohtake’s elephantine, smoke-belching bricolage Retinamnesia Filtration Shed (2014) in the nearby Shinko Pier Exhibition Hall is one of the few things that draw attention by gaudiness.

For the selection of 65 artists or groups from Japan and abroad, Morimura did original research — instead of copying the lineups of the major international exhibitions, as was the case with the Triennale’s previous editions. Also laudable is Morimura’s sacrificial forgetting of narcissism, in that his own works are not on display. 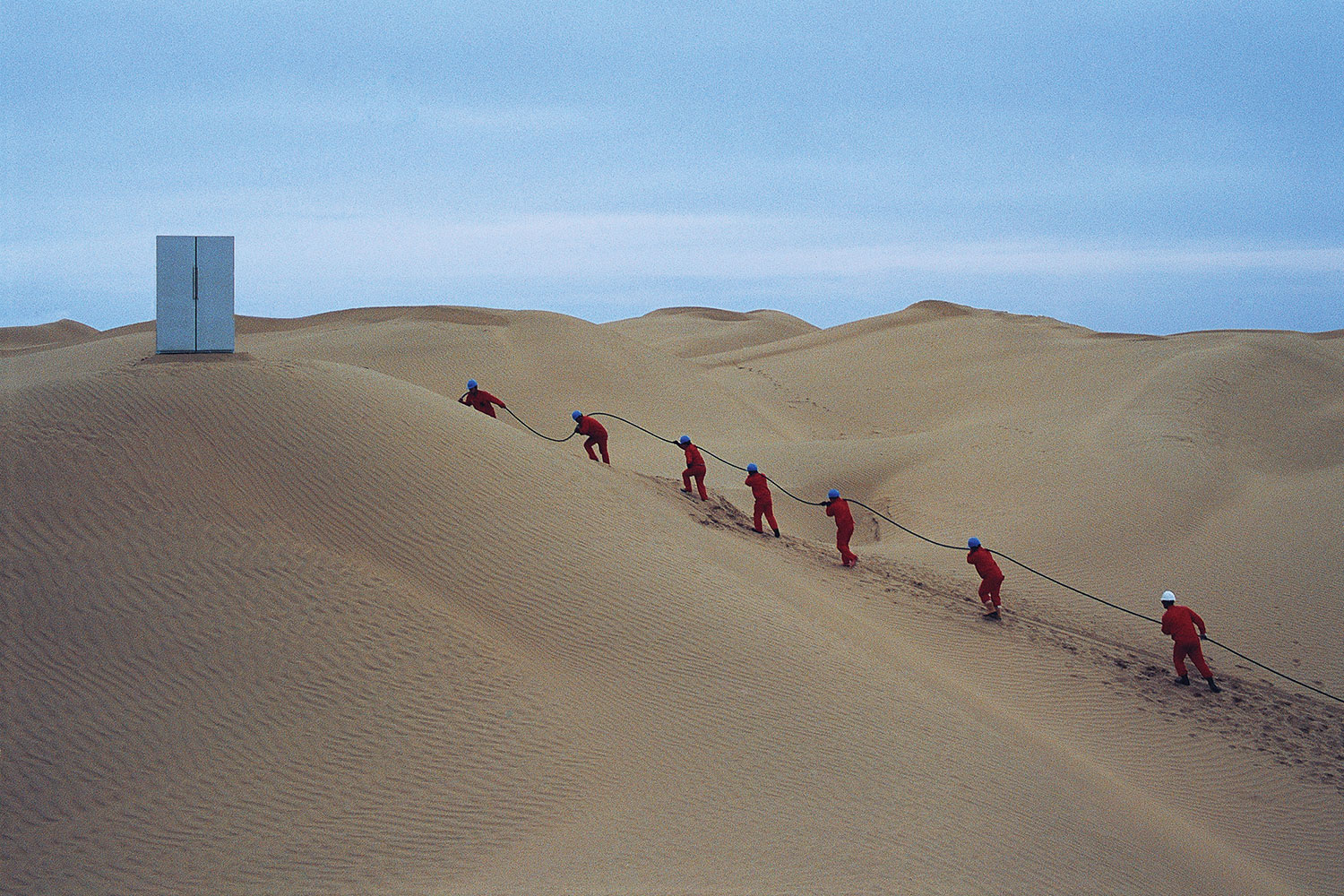 The statements of the three artistic directors of the “Yokohama Triennale 2017: Islands, Constellations & Galapagos,” which opens to the…