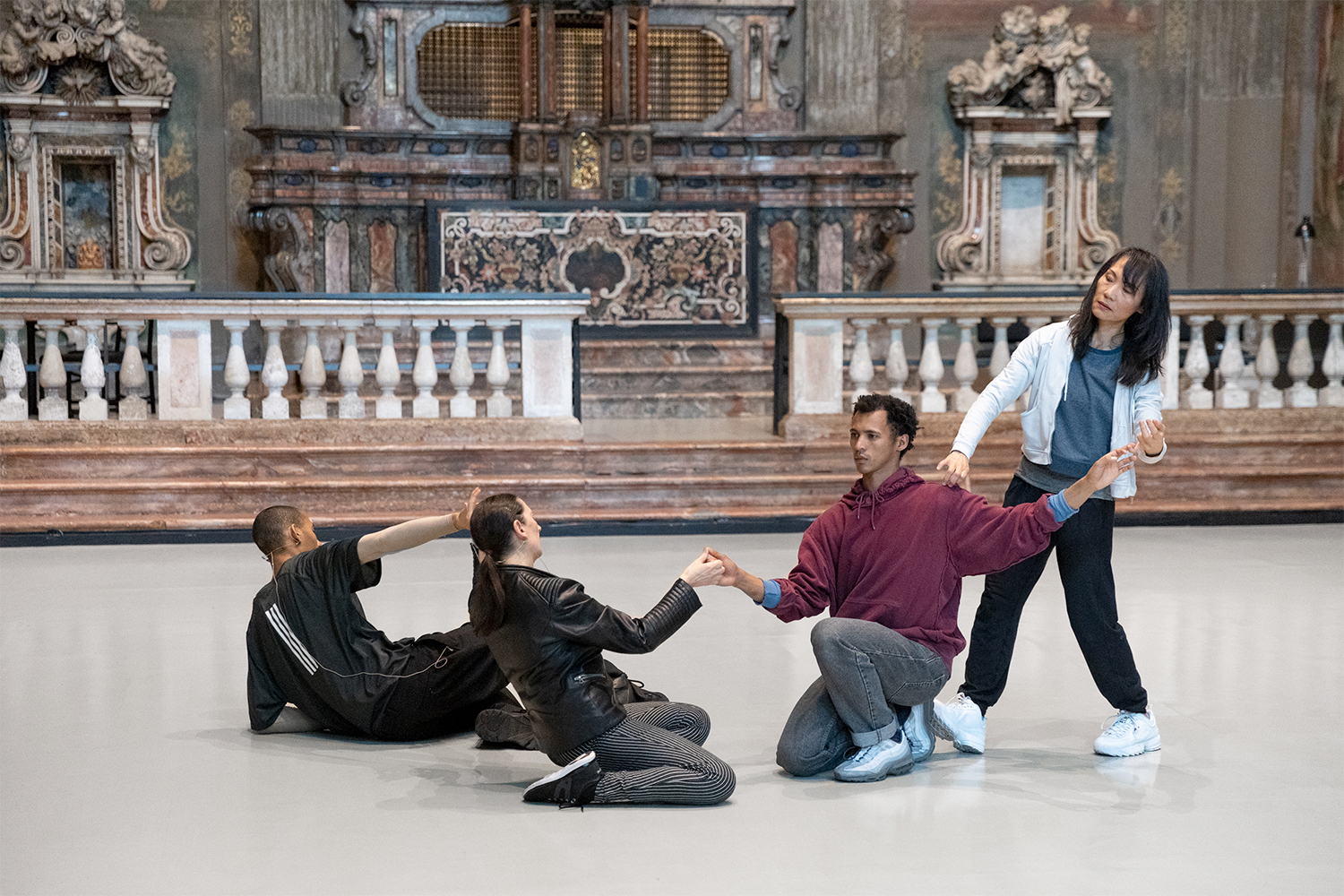 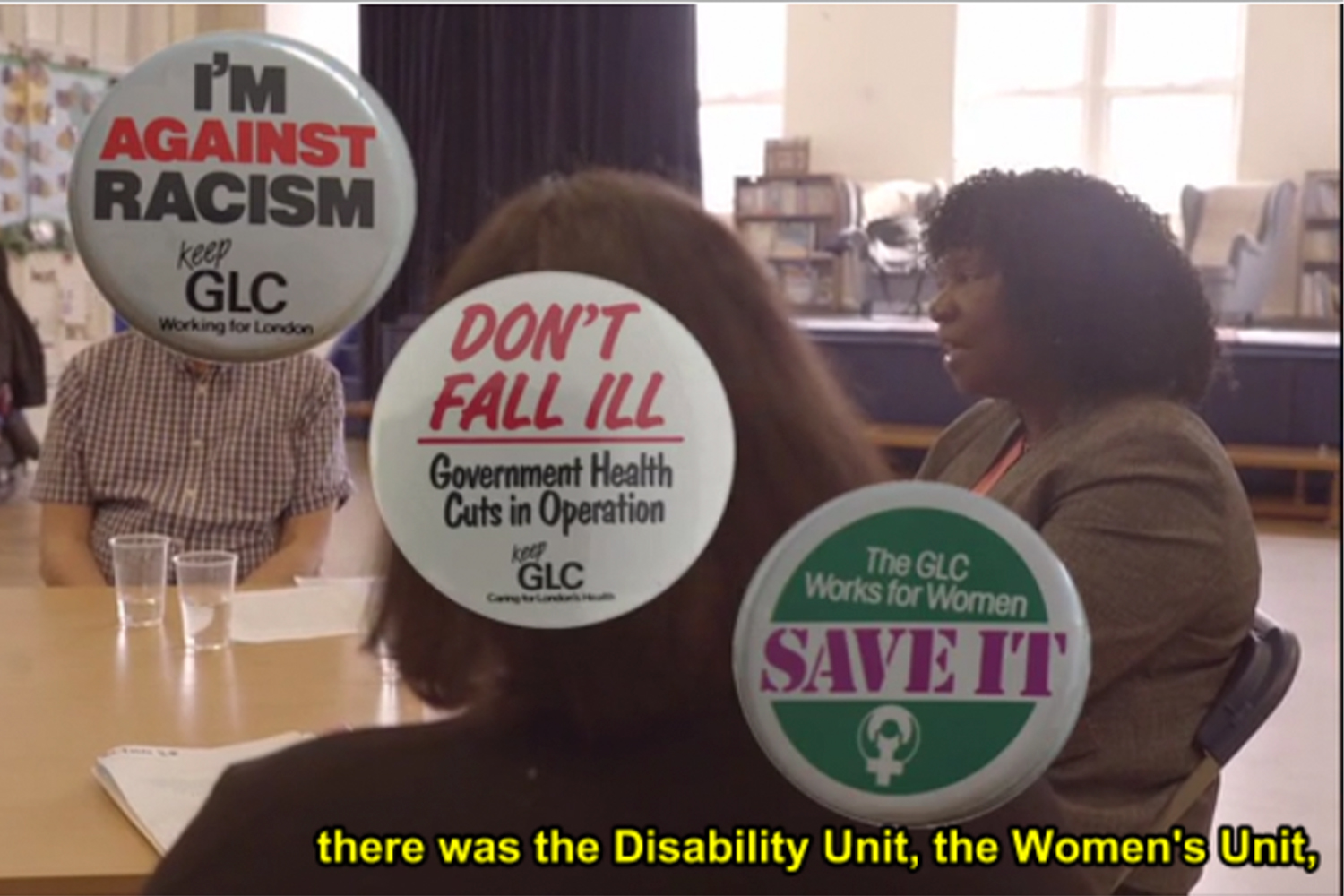 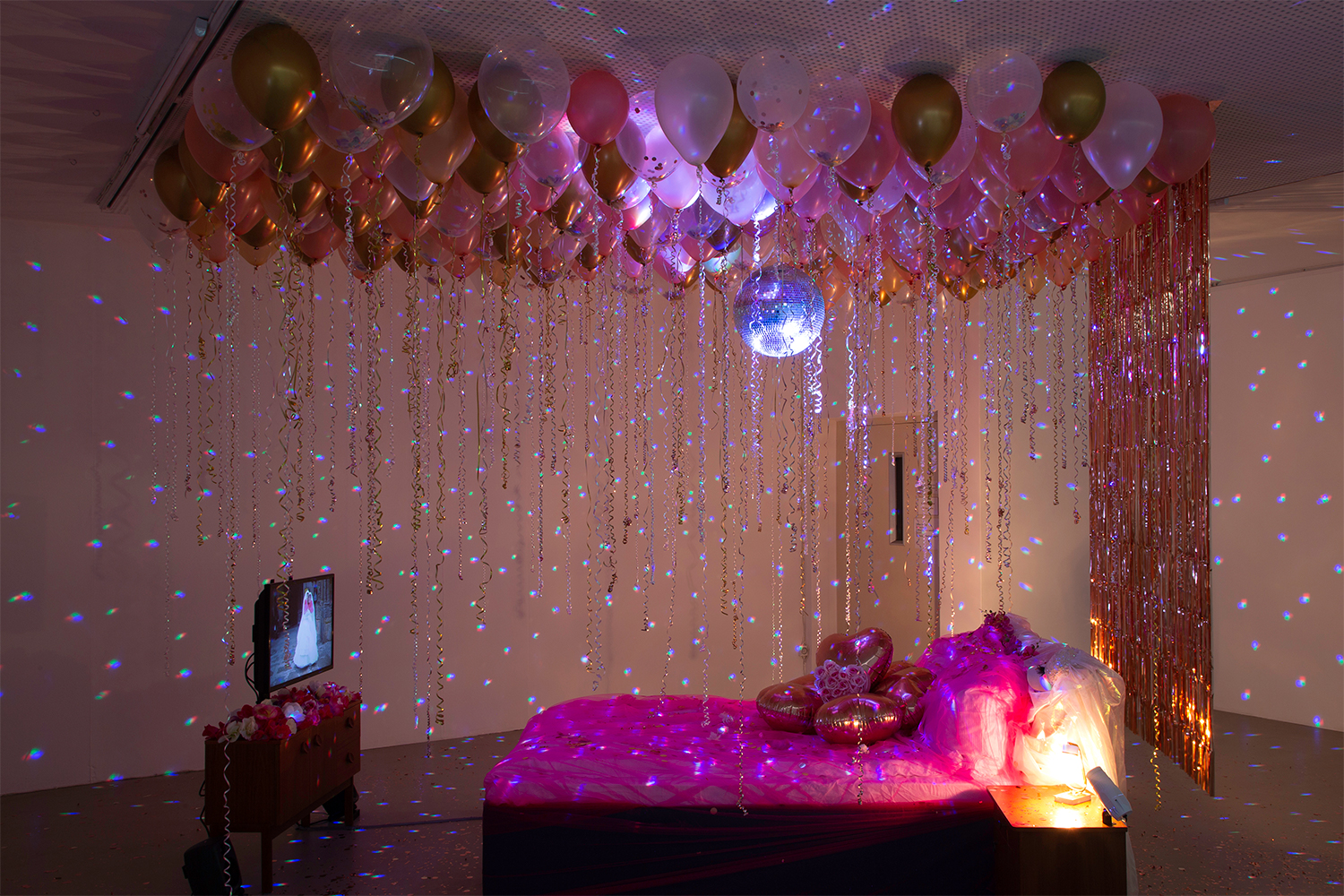 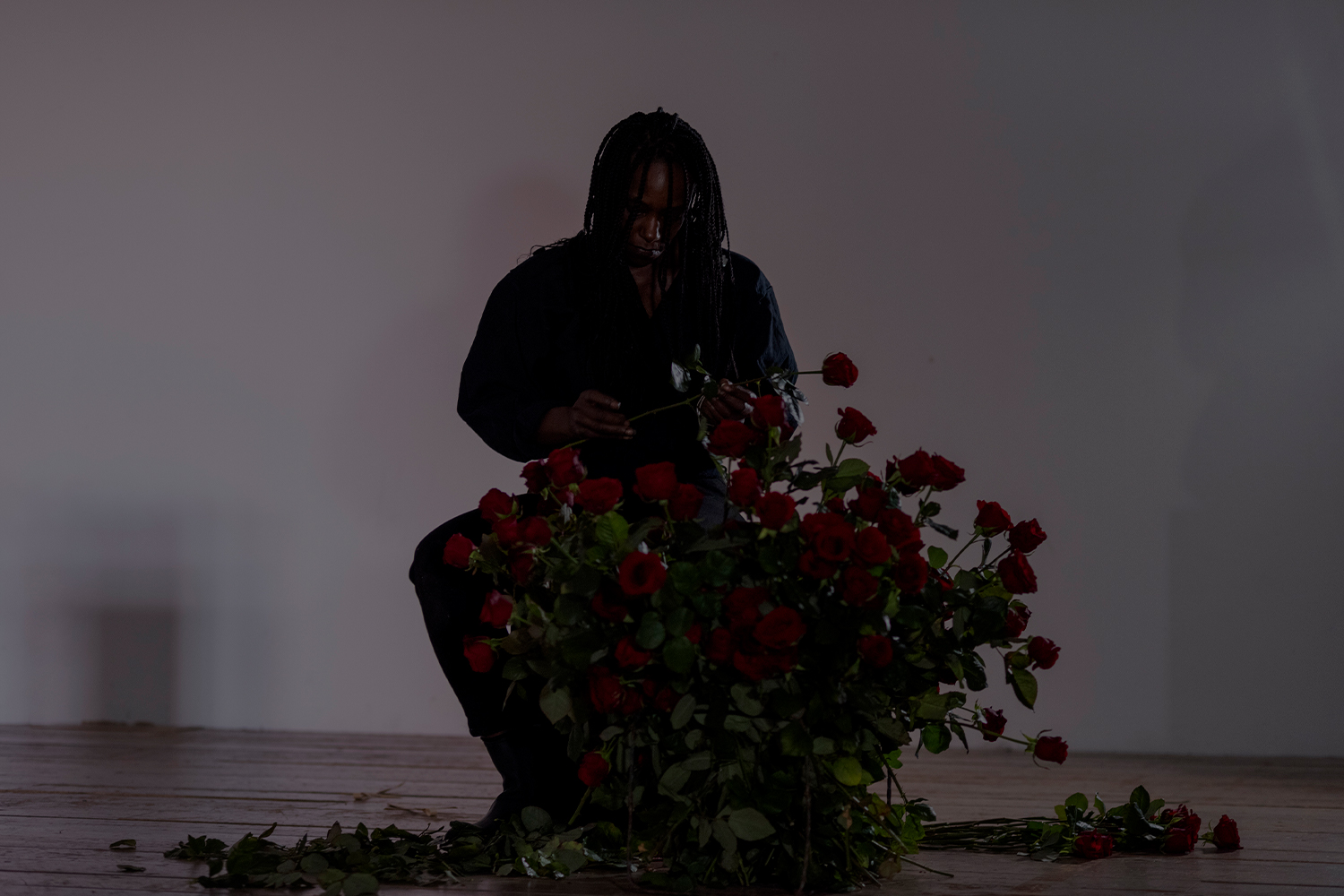 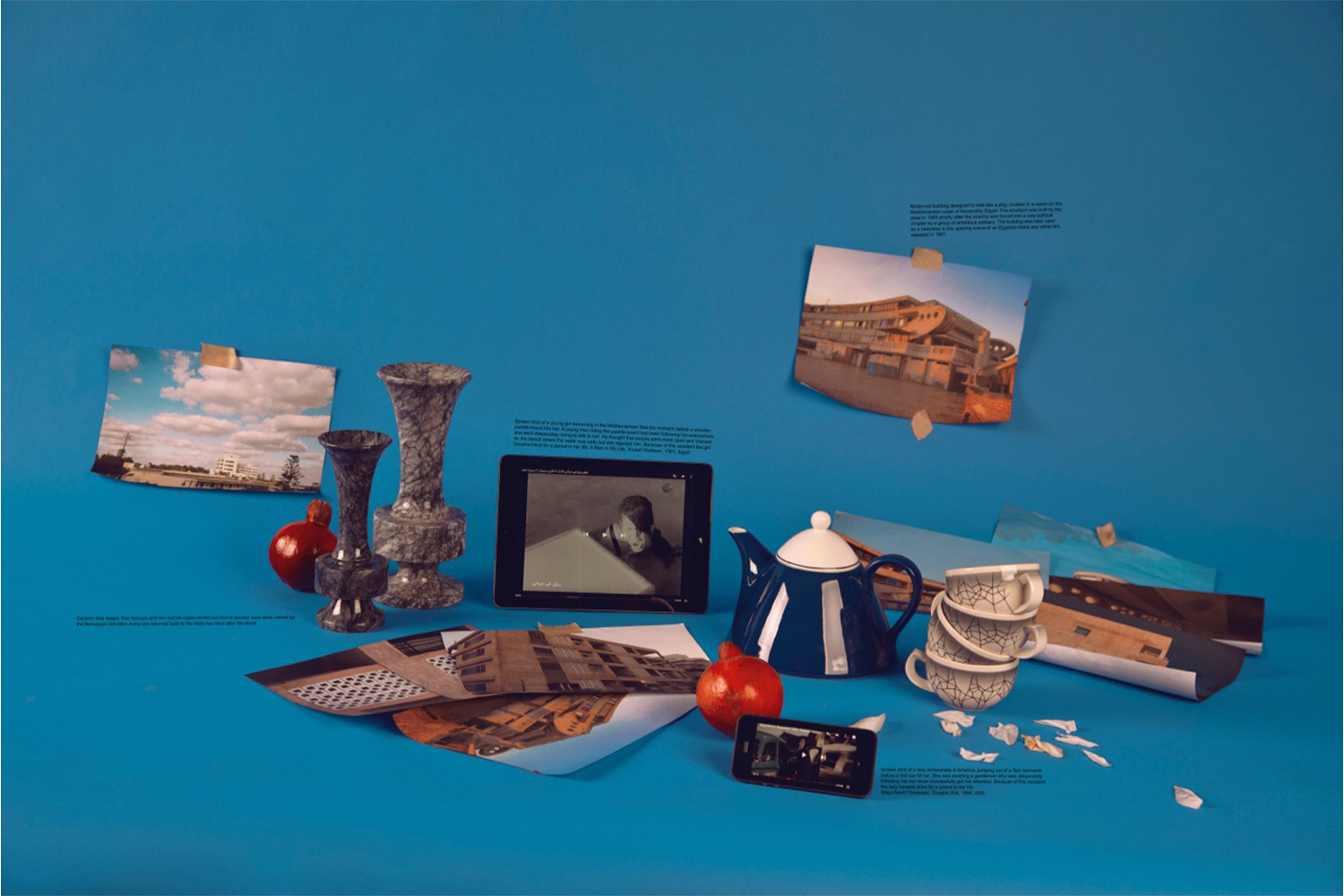 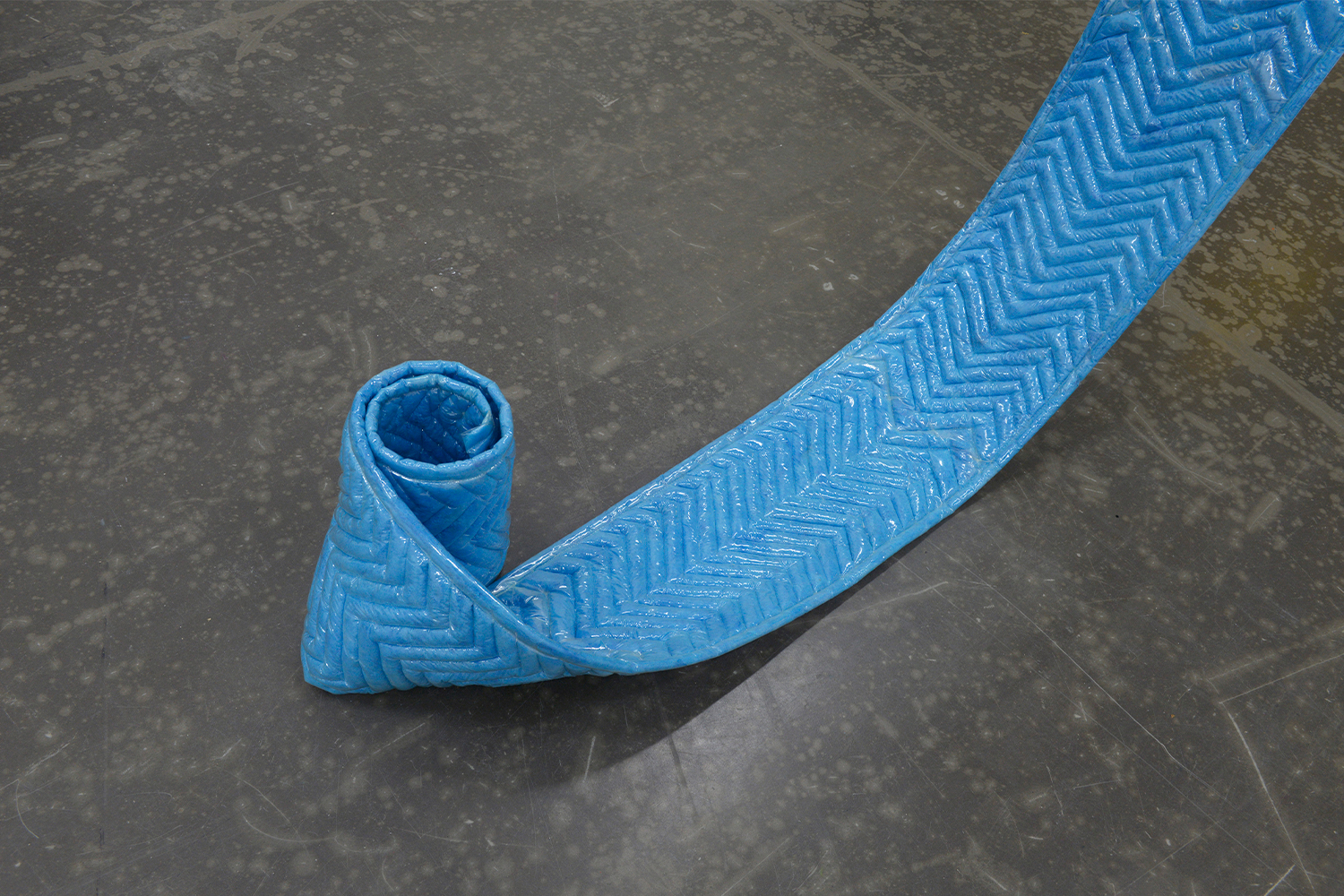 1
2
3
4
5
6
7
Sarah Rose, What we heard in Lilt Twang Tremor, 2018. Centre for Contemporary Art Glasgow. Photography by Alan Dimmick. Courtesy of the artist. 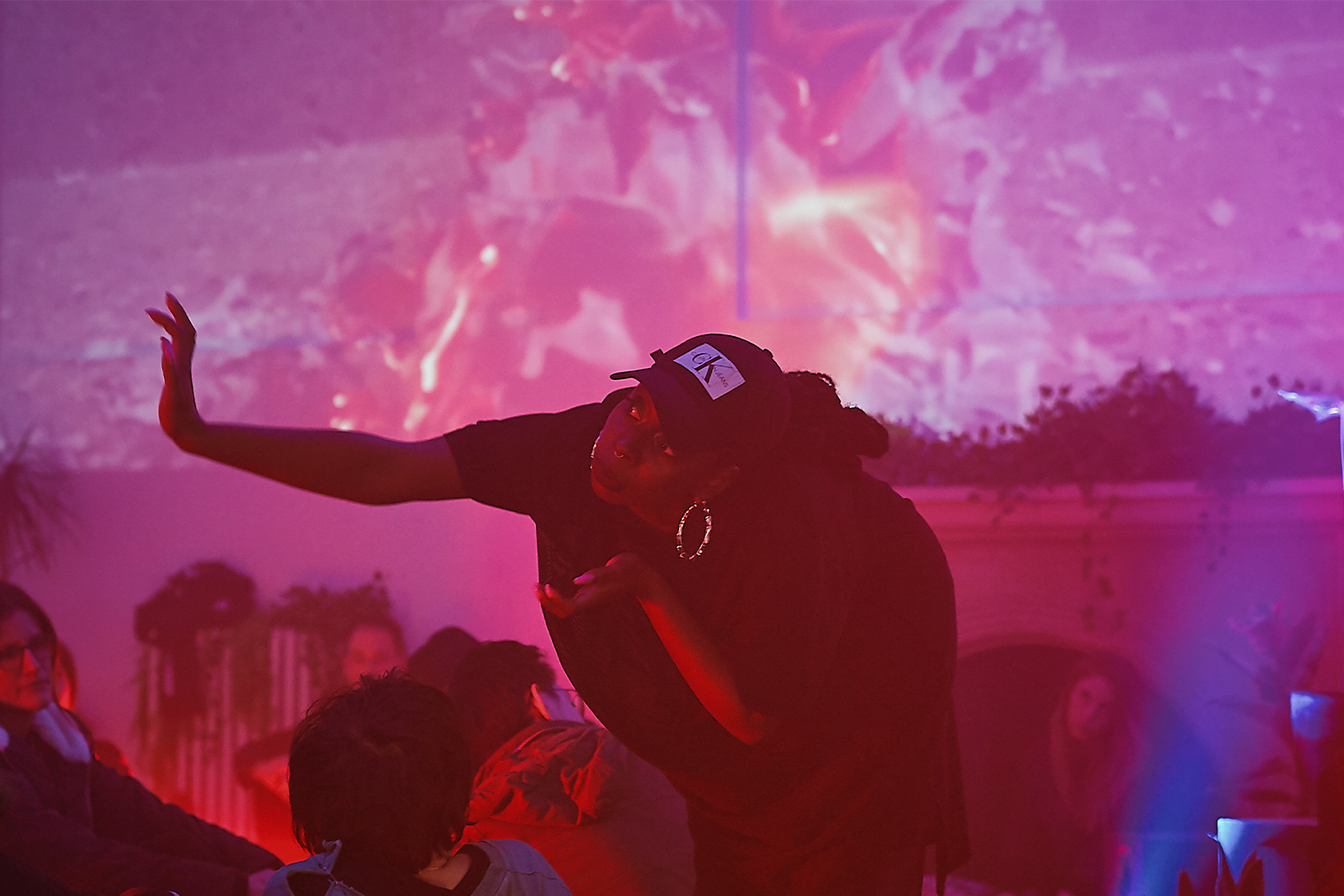 Metroland Cultures has announced further details about the second edition of the Brent Biennial, which takes place from July 8th through September 11th 2022. Titled “In the House of my Love”, after a line in Ezra Green’s A Poem to the Nationalist Marcher (For the Queer People of Warsaw), the Biennial will bring together artists and community groups whose work proposes various strategies for homemaking within the context of hostile environments.

Curated by Eliel Jones, who worked closely with a curatorial committee consisting of artists Adam Farah, Jamila Prowse and Abbas Zahedi, the 2022 Brent Biennial pays homage to the many histories and legacies of migration that have made Brent both the second most ethnically diverse borough in London, and a local authority with one of the highest numbers of first-generation migrants in the country.

Central to the project is a desire to reflect on ten years since the implementation of the Hostile Environment policy in the UK; a damaging set of legislative and administrative measures affecting primarily migrant and non-white communities, which have in many ways dovetailed with increasingly nationalist, xenophobic and racist political and cultural agendas in Britain.

“In the House of my Love” will explore individual and community practices of making homes as forms of resistance and survival—seeking to recognise the material and immaterial systems of support, safety and hospitality that are currently present in Brent, revisiting other systems that are close to the borough’s past and working to visualise and conceive new ways forward.

Setting out to dissect the insidious nature of oppression, and to highlight the value of intersectionality and solidarity across differences, the 2022 Brent Biennial recognises the fact that communities in Brent have been creating change for a long time, and invites artists to reflect on, collaborate with and amplify this ongoing work.

Taking place in three cluster locations in the south of the borough—Kilburn, Willesden, and Harlesden—the Biennial will feature 12 artists’ projects, sited in 12 different venues and public spaces. It will also facilitate four community-led commissions that will extend beyond the Biennial exhibition dates, as well as four public artworks by Brent-based artists, commissioned via open call in partnership with the organisations BuildHollywood and Studio Voltaire, to be presented on billboards across the boroughs of Brent and Clapham. Further artists and practitioners from Brent and beyond will be able to participate in the Biennial through an extended programme of activity with local partners, and through the public programme.

Curator Eliel Jones said that “The artists and community groups that have been invited to participate in the second edition of the Brent Biennial so far all speak in various ways to the immigrant, feminist and queer traditions that have for a long time nurtured a sense of home outside or away from home, in Brent and beyond. These are practices that are built within friendship, chosen families, love and collaboration, and they offer antidotes to patriarchal, white supremacist, capitalist, heteronormative and ableist systems of power”.

The Curatorial Committee, comprised of artists Adam Farah, Jamila Prowse and Abbas Zahedi, further added: “At a time of continuous displacement of migrants and increasing hostility towards marginalised communities, it feels important to actively reflect on the social and political questions of home and belonging that are central to In the House of my Love. When working together with Eliel, we have been guided by the spirit of hosting that was embedded in his proposal, but that is also particular to Brent, where different communities have independently facilitated their own spaces of cultural gathering and ritual practice for many years. Eliel’s and our response was to implement a similar methodology of hosting as practice, whilst also recognising each of our positions as different types of guests in the borough.”

Metroland Cultures Chair of Trustees, Cllr Krupesh Hirani, concluded: “The second iteration of the Brent Biennial will be the first major project for Metroland Cultures since delivering Brent 2020, the London Borough of Culture Programme. At its centre is our mission to build, maintain and share art and culture in Brent by supporting and amplifying the communities who are already telling their stories of life in this part of London, and by collaborating with others, beyond the borough, to help tell new ones. Brent is a place that welcomes people from all over the world, and “In the House of my Love” poignantly evokes that truth. Wherever you are, we look forward to welcoming you to the 2022 Brent Biennial.” 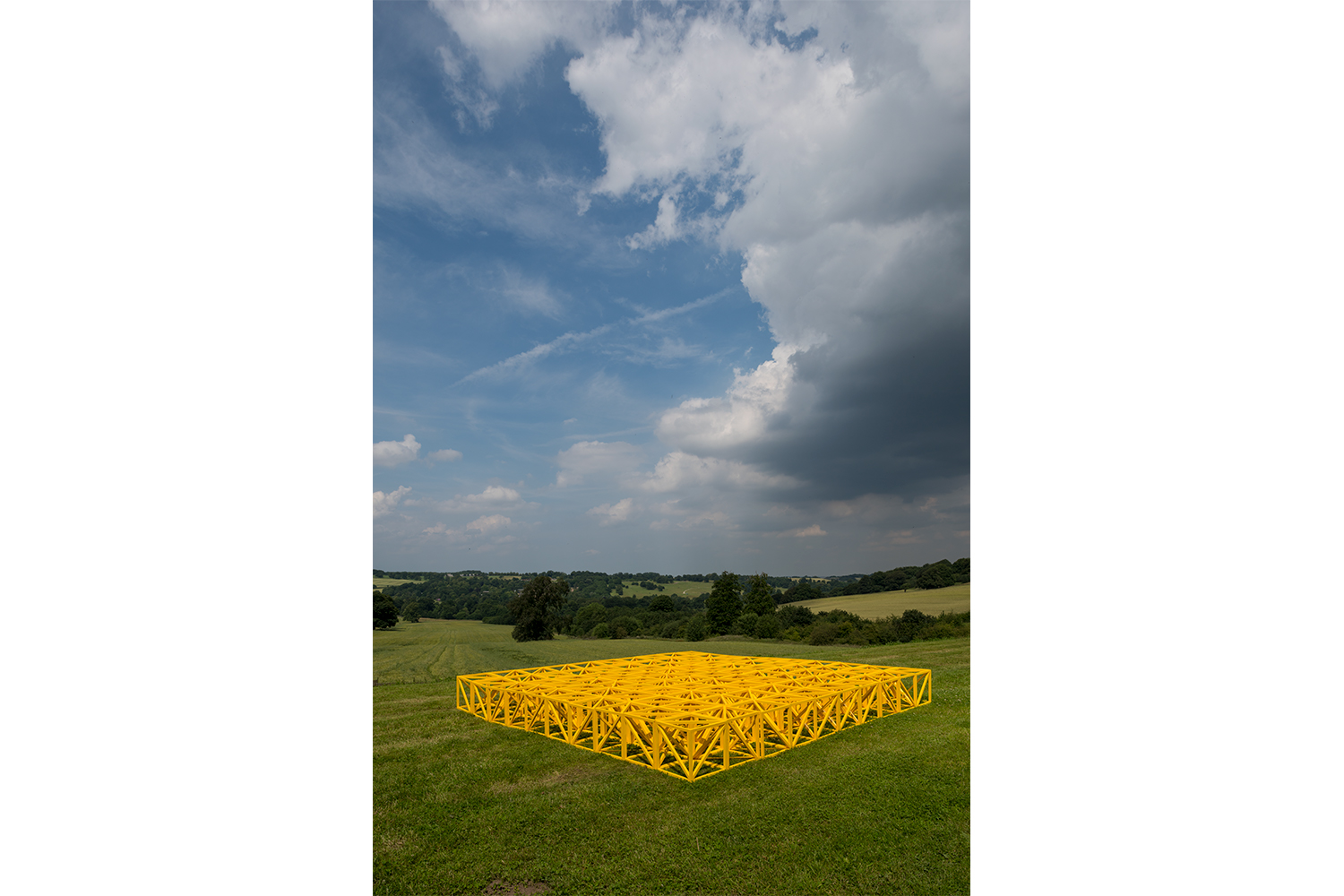 1
2
3
4
5
6
7
Rasheed Araeen, Zero to Infinity, 2020. Presented as part of the 2020 Brent Biennial. Photography by Thierry Bal. Courtesy of the artist and Metroland Cultures. 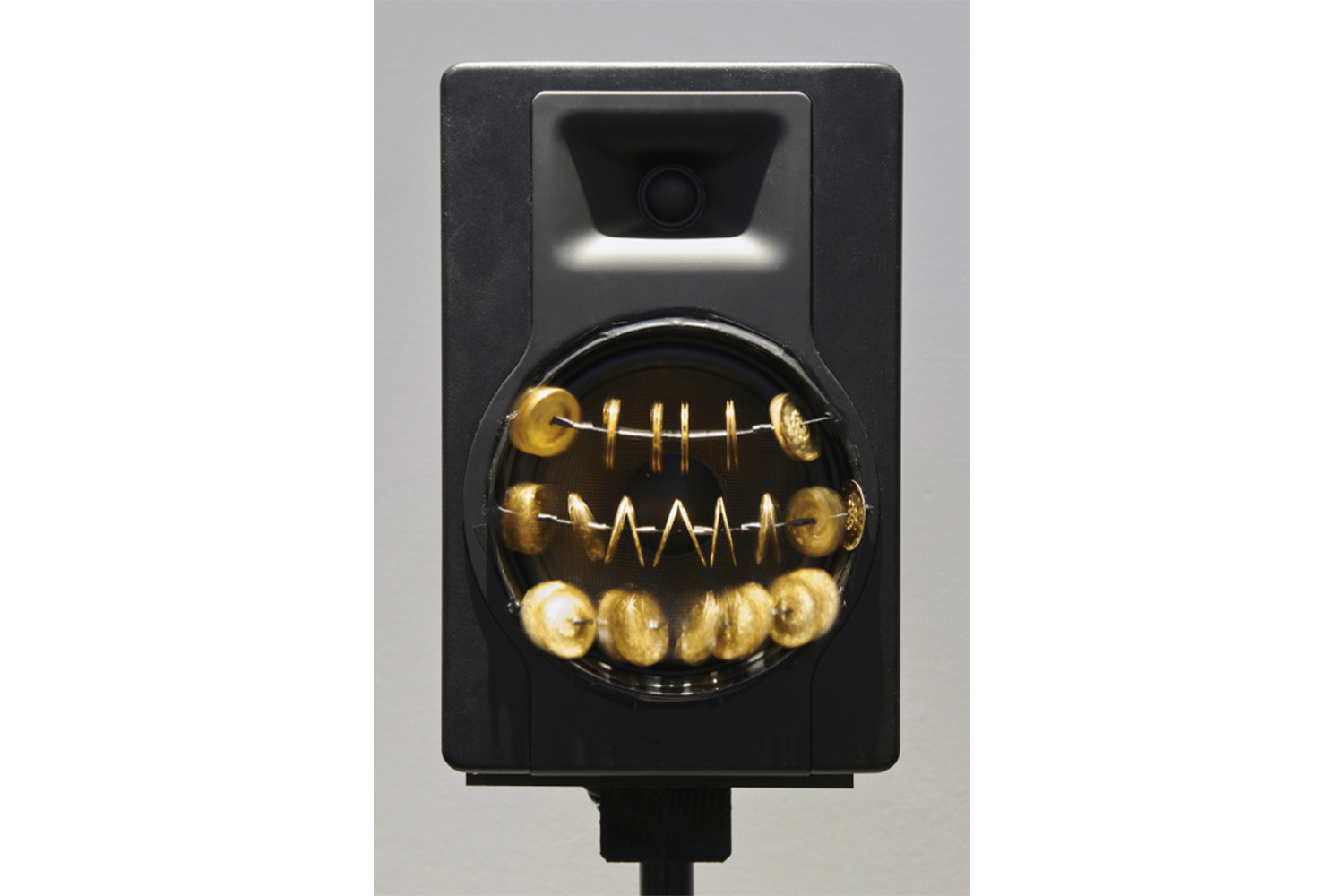 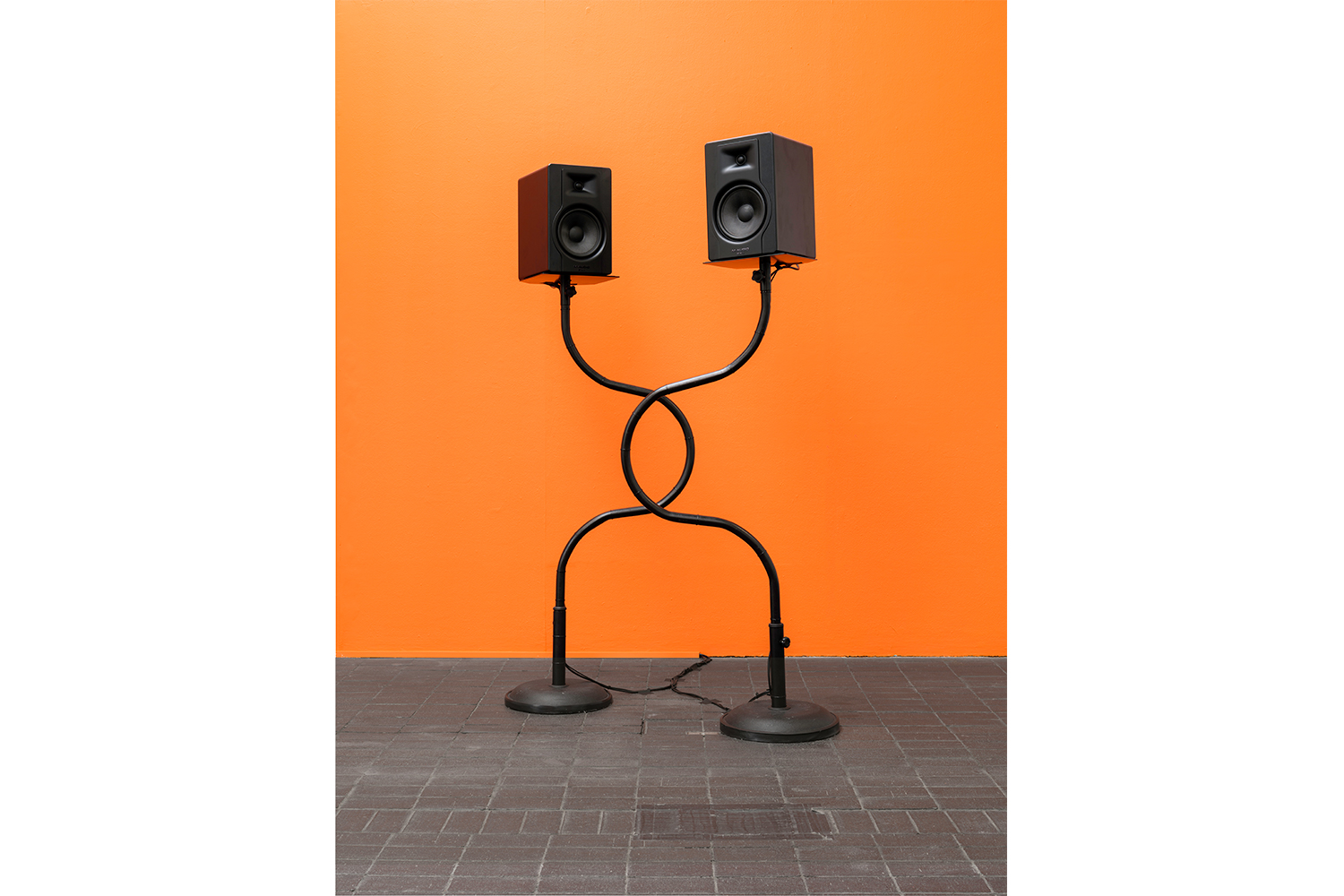 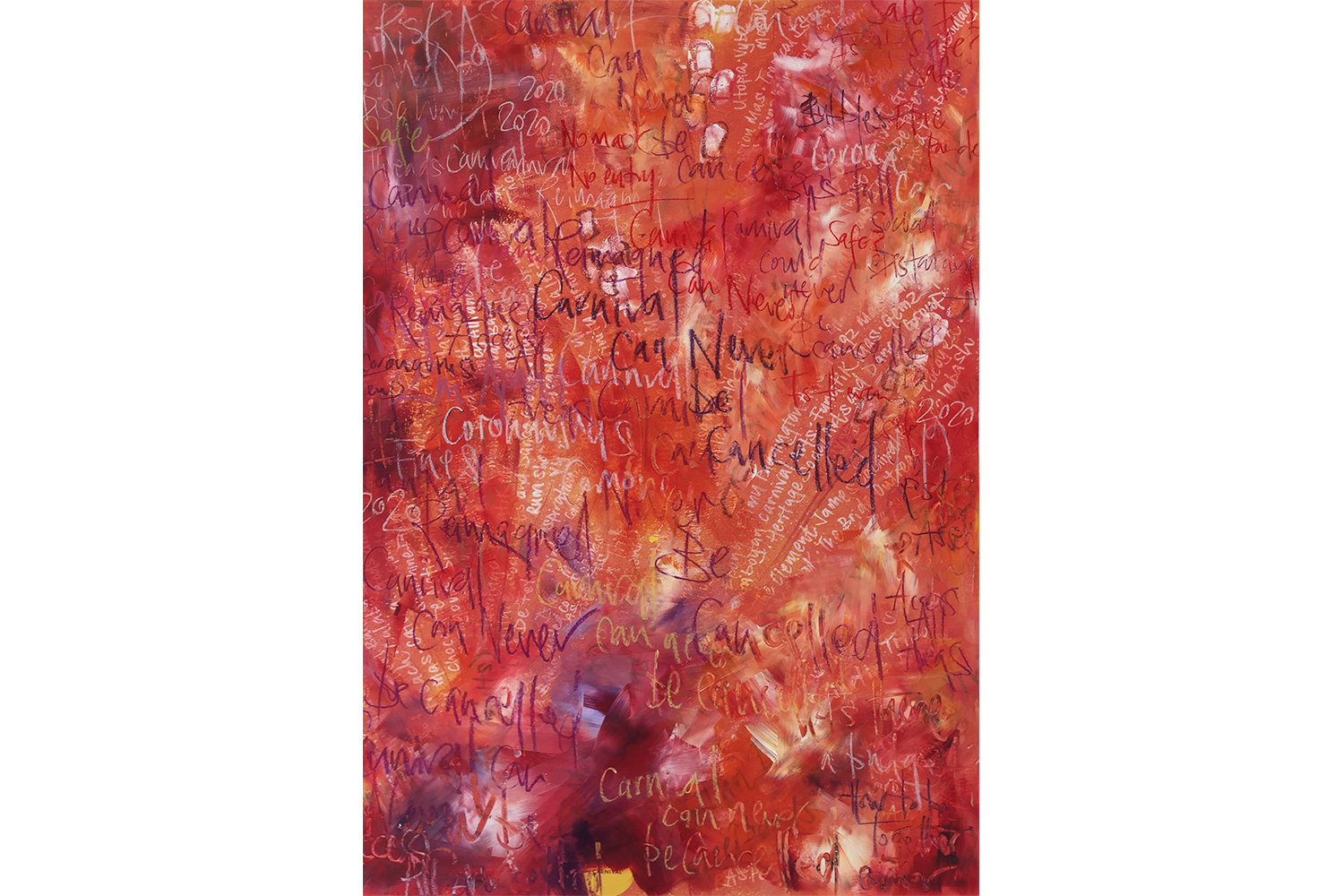 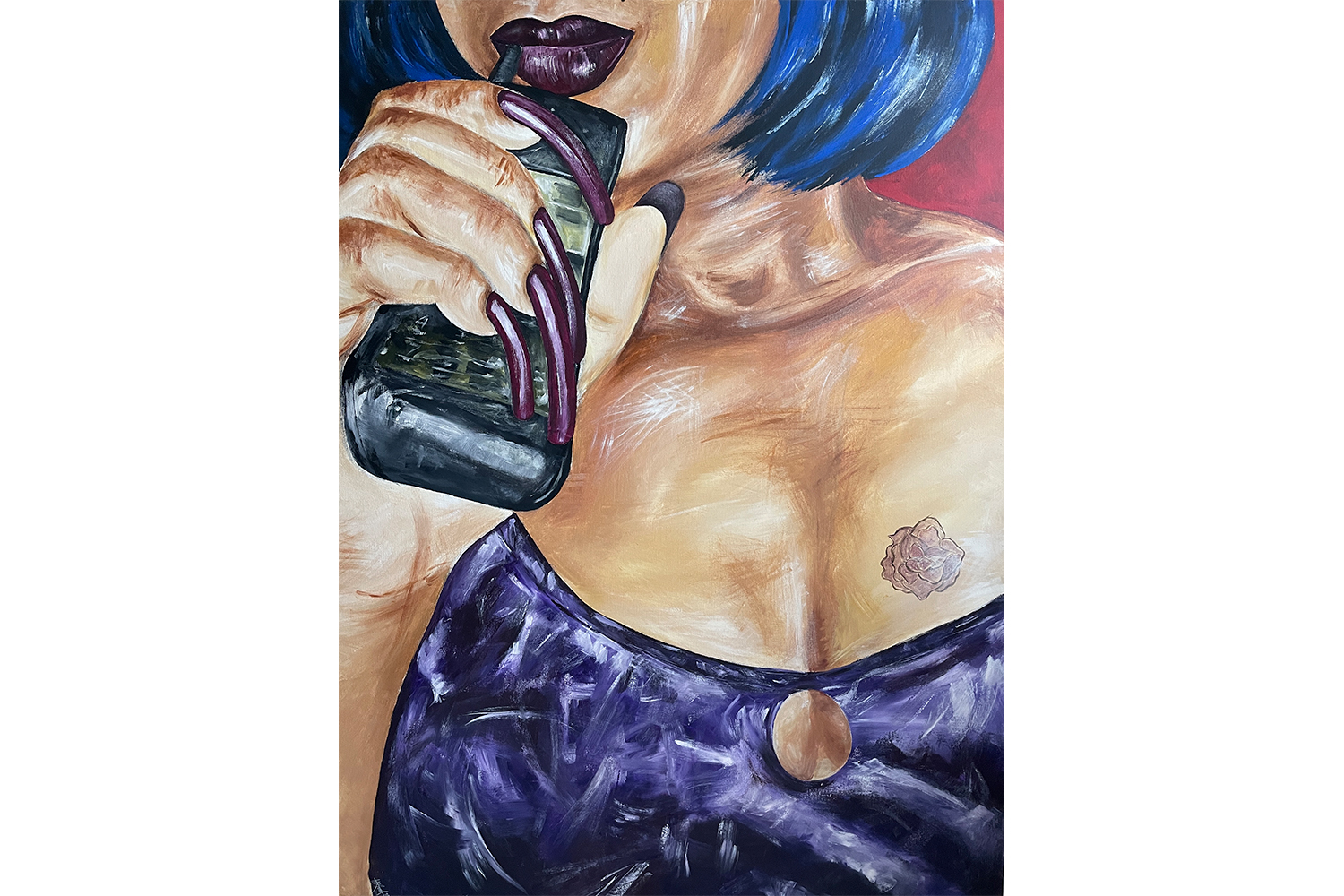 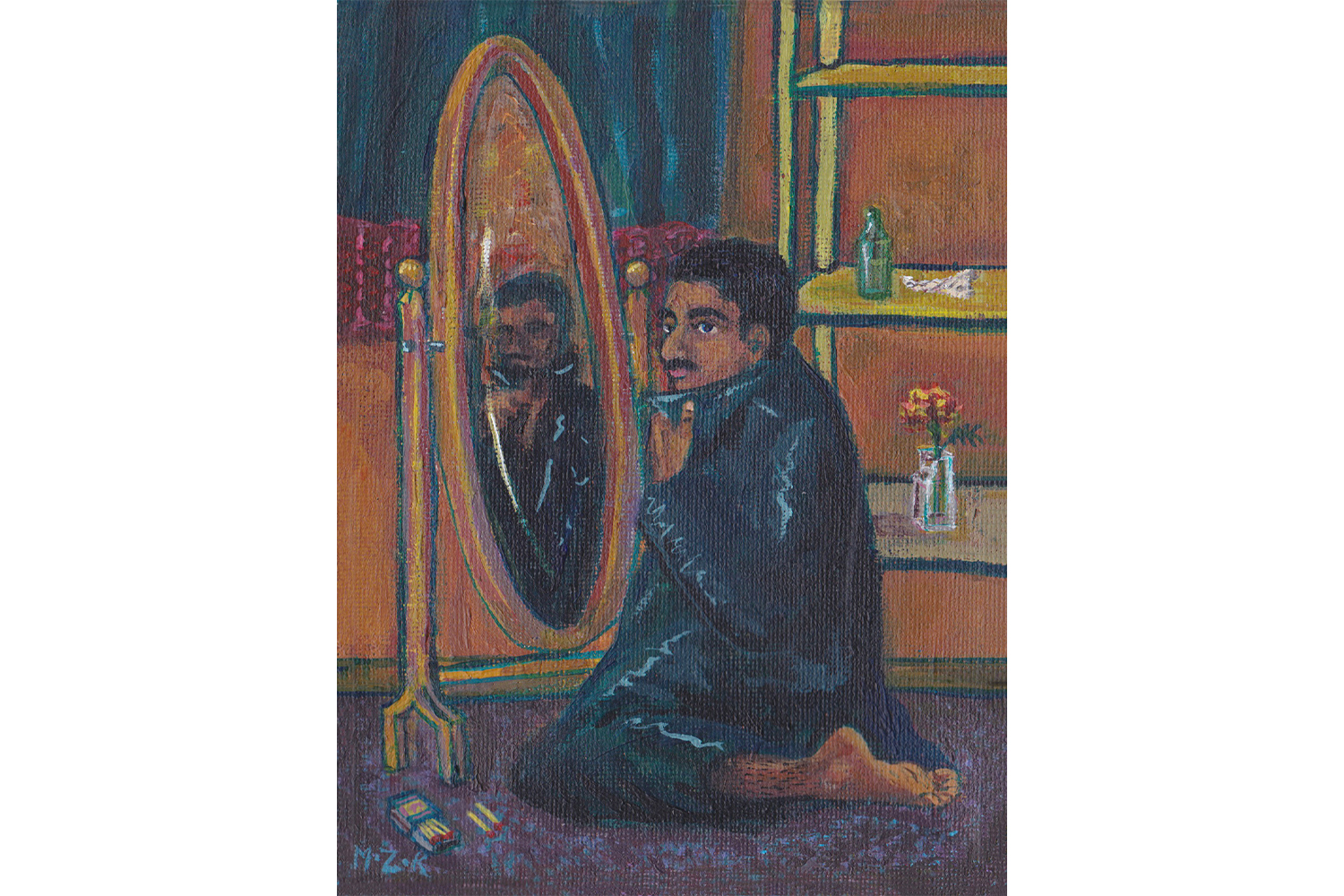 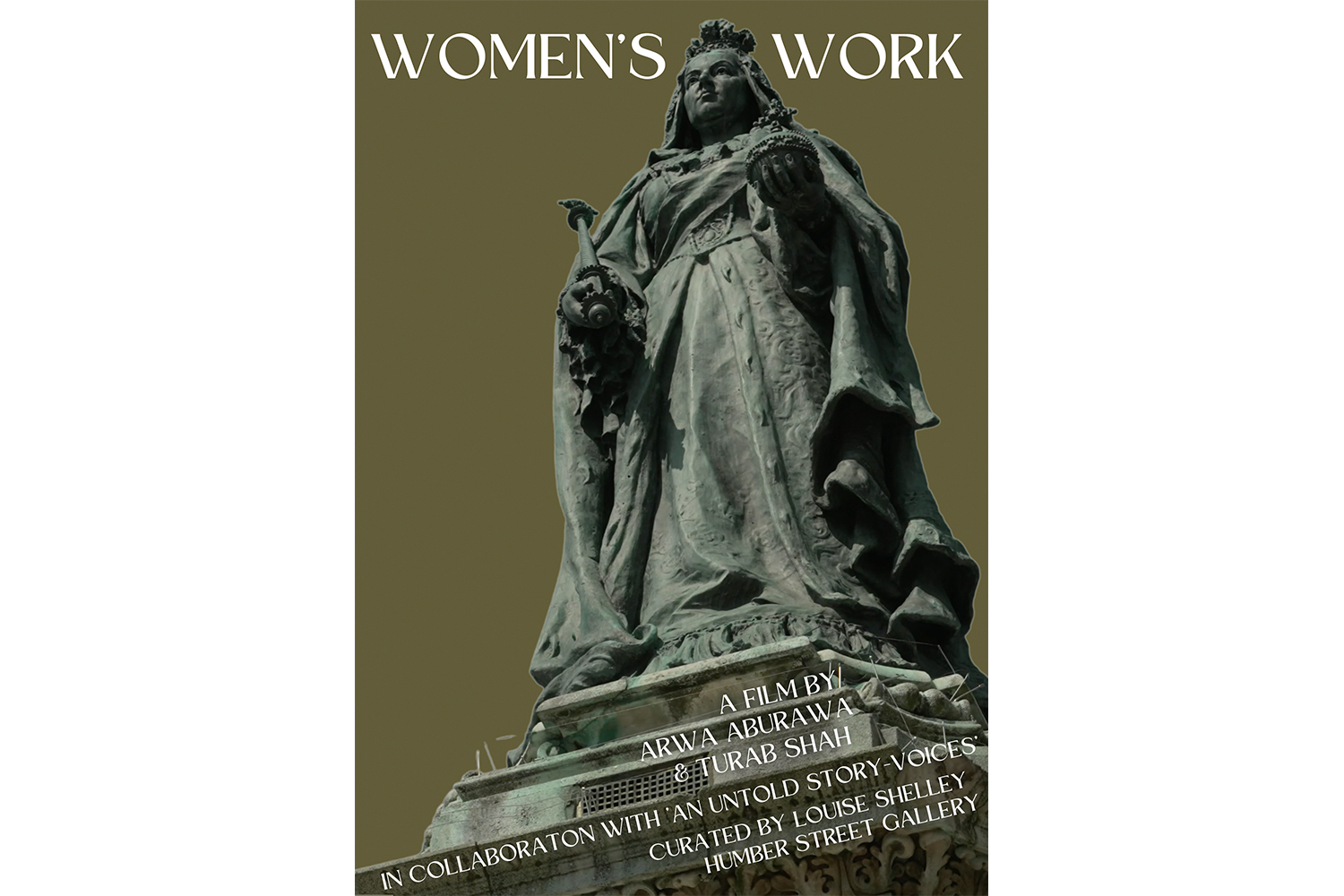 “In the House of my Love” is an opportunity to recognise and celebrate the gifts brought to light and shared by communities across Brent, through a collaborative commissioning process with four organisations that have been identified as part of the Brent Biennial 2022 project: Asian Women’s Resource Centre, Sufra Foodbank and Kitchen North West London, Young Roots and Mosaic LGBT+ Young Persons’ Trust.

The work of these organisations and community groups facilitates invaluable experiences of homemaking and belonging in the borough. They provide lifelines of support which often extend beyond the communities who built them, or for whom they were originally built, intersecting with other people and other struggles in wider efforts of responding to hostile or unwelcoming environments.

Most of the community-led commissions will extend beyond the Biennial dates and be realised in the long-term life of Metroland Cultures. The projects are being developed and chosen in consultation with communities in the borough through a series of artist-facilitated workshops to identify the desires of these community groups and their constituents, the possibilities that can be brought forward when working with artists and the offerings that may be realised in the context of the Biennial and beyond.

Alongside the Biennial, Metroland Cultures will deliver an expanded programme of activity that facilitates and builds collaboration between local artists and communities, including two new programmes: Metroland Young Associates, a paid creative career development opportunity for young people in Brent, and “Metroland Cohort: Peer-to-Peer”, a programme to support visual artists in the borough through bursaries and professional development.

Responding to the need for further opportunities for artists in Brent, Metroland Cultures today also announced an open call for Brent-based artists to submit proposals for four public artworks, to be commissioned for presentation on high-street billboards in Brent and Clapham, as part of the 2022 Brent Biennial programme. These four billboard commissions are made possible through a partnership with street advertising specialists Jack Arts, part of the BUILDHOLLYWOOD family, who support art and culture projects in public spaces across the UK, and with Studio Voltaire, who will host two of the billboards close to their gallery in Clapham—facilitating opportunities for Brent-based artists to garner visibility and develop network-building beyond the borough.

Further collaborations with Brent-based arts organisations, including Harlesden High Street and ActionSpace, will provide additional opportunities for local artists to participate in the extended Biennial programme. “The Ungovernables,” your New Museum Triennial, and your post at Inhotim gave you the chance to work on the relationship…