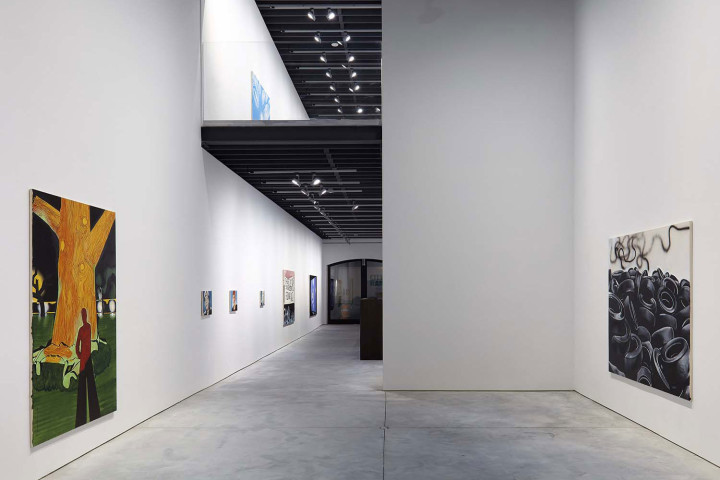 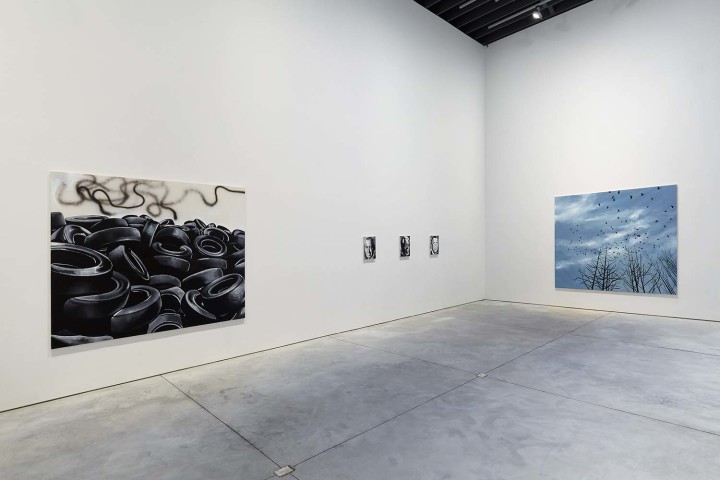 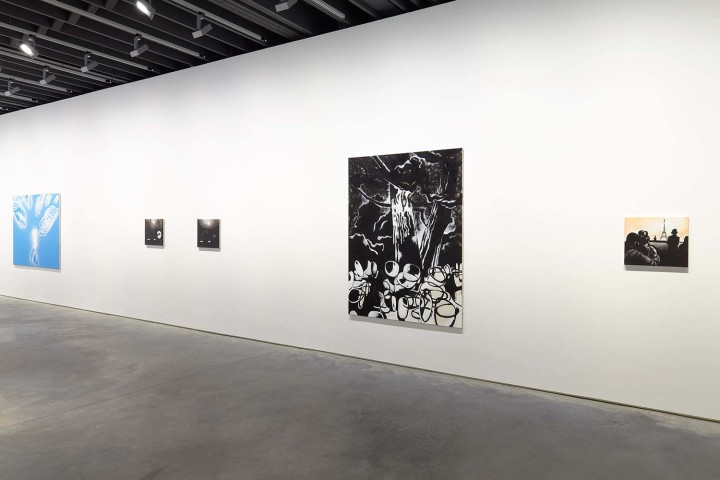 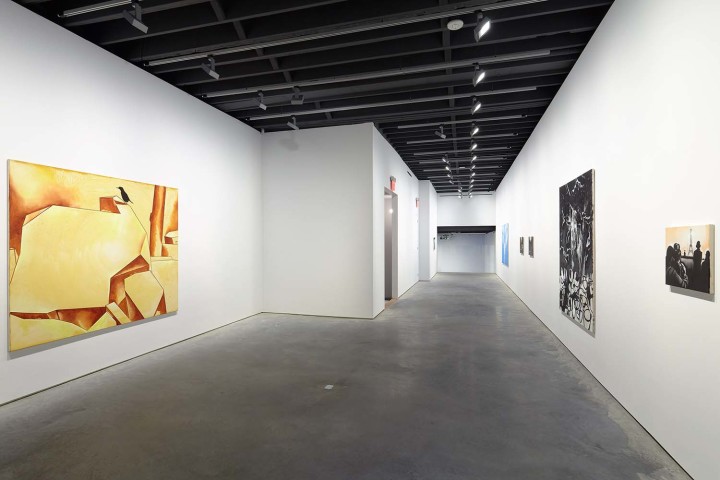 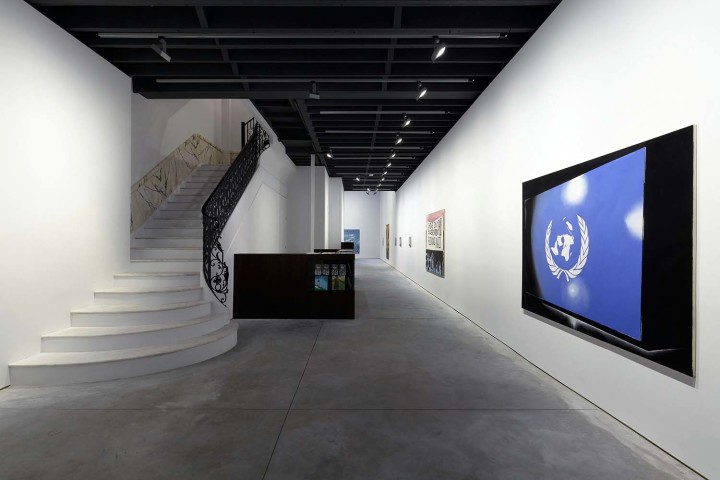 On April 22, Anton Kern Gallery inaugurated its new space in midtown Manhattan, at 16 East 55th Street, with a show by Wilhelm Sasnal that includes new paintings and a film. From 1996 to 2001, the gallery was located in SoHo on Broadway, and after that on 20th Street in Chelsea. The new building, featuring three floors of exhibition space and two for gallery administration, is designed by architect Markus Dochantschi (studioMDA). Flash Art spoke with Anton Kern.

How was the grand opening of the new space? Did it meet your expectations?

We actually weren’t sure what to expect in terms of turnout, but there was a great crowd. A lot of good friends, old and new, stopped by to say hi, as well as some folks from some of the neighboring businesses, which was nice. One interesting thing is that since the new space has three floors of galleries, the opening felt especially social, with everyone running into friends on the stairs between floors. We also haven’t debuted the elevator for the space yet, which is happening over the summer. It’ll include a beautiful, custom interior from designer Martino Gamper, who we’ve shown at the galley before.

Why did you go for this specific space? What were your considerations when you finally chose midtown Manhattan?

I love New York, and it’s been a dream of mine since I moved here from Cologne, in 1991, to really have a gallery right in the heart of Manhattan. I also love that we’re so close to MoMA now.

Your gallery in Chelsea was quite a recognizable spot. Your homepage opened with the façade of the building, and visitors knew exactly how to find it. Would you have stayed in Chelsea, or are you actually satisfied about the change?

I’m excited about the change. I loved my old building, the light for instance was particularly beautiful there, but the new space has beautiful light as well, and I feel like we’ve really been able to preserve the feeling and spirit of the previous gallery. There are a few design similarities that our new space shares with the old one, like exposed ceilings and lots of overhead natural light, and other little things hiding in there. But it wasn’t really important for me to stay in Chelsea any longer, no. Manhattan, definitely, we’re home here, but our time in Chelsea had run its course. There’s also just an exciting sense of energy and commerce in the new midtown neighborhood that we just didn’t get elsewhere.

Do you think neighborhoods matter with contemporary art galleries in NYC?

I think what neighborhood you’re in matters in a way when you start out, simply in the sense that it flavors what the context around the gallery is like. By the time I opened my gallery in 1996, SoHo was a well-known gallery district, so that made it easier to get people in the doors at first. Of course the experience of the neighborhood has been an important part of what makes, say, Gavin Brown’s space in Harlem what it is, while you can see a younger gallery like 47 Canal already has a history that’s tied up with Chinatown. Ultimately, it’s the gallery’s programming that matters most though. And to that end, I’m proud that we’re literally flying a David Shrigley flag over 55th Street now, and that our inaugural show with Wilhelm Sasnal is so extremely critical of contemporary mainstream politics. Experiencing Wilhelm’s paintings just a stone’s throw from the UN and Trump Tower certainly adds another level to the experience.

Several galleries have opened second spaces in NYC. Did you ever consider a second space in the LES or even Brooklyn? If you had to choose another country, where else would you open? Or does the idea not appeal to you?

I don’t see that happening. I need to focus.

Several US galleries are joining art fairs in Shanghai, Hong Kong and São Paulo. I haven’t seen you opening up to emerging markets yet, at least not by attending such kermesses. Is there a particular reason?

We’re adding Expo Chicago to our fair calendar this year, and of course we work with a host of international collectors and institutions, but you’re right that we haven’t done fairs in those cities yet. We aren’t necessarily opposed to it, but it’s not our biggest priority either. Our biggest priority is in making a good home of the gallery, and making sure the artists we work with are well represented.

Would you consider a curator from now on? Either for one show or several throughout the year? Or will the structure remain the same?

We work with a proper curator every now and then for gallery shows, but not too frequently. It’s got to be a good match. Bob Nickas has curated a couple shows. Matthew Higgs curated a great show. These are both old friends of the gallery, and in both cases I’m most interested in just letting Bob or Matthew do their thing, just like we do with the artists we work with. Our goal is to not interfere. Sometimes a gallery artist will organize a show as well; Dan McCarthy organized a painting show a few years ago, and Ellen Berkenblit, who has the next show at the gallery, in May, did a beautiful show of objects from the Robert Altman archive. But in general, we mostly prefer to just work closely with our artists in helping them best present their work. We also have historians, directors and writers on our team who help us situate our work in history, for ourselves and the public.

Markus Dochantschi of studioMDA has designed other art galleries such as Lisson and 303. Why did you also select studioMDA to design your new space? Any particular reason?

Markus is a really talented architect, and his team did an excellent job with the new space. I had already been friendly with him socially, and I was aware of his work, but what’s amazing is that he was actually already looking at this building for a redesign when we came into the picture, so when we started the conversation about the space in general we just picked up the thread with studioMDA and we’ve had a great experience.

Any advice to a new generation of gallerists who may be considering opening a space in NYC in 2017?

Do it, but be reasonable with your spending.