Samuele Menin: When you are invited to participate in a group show with a specific theme, how does this theme influence your work?

Simone Berti: The work of an artist is not defined by a theme. An artist is always able to find a direction to convey his ideas. If there’s a limit, that’s even better. It is even more challenging.

SM: Have you ever said to yourself: “Why did they invite me?”

Diego Perrone: I think in that case you have to think about the rhythm of the show. What an artist can do is either try to break the rhythm with his/her work or try to achieve continuity, a flux in which he/she can merge.

SB: I think an artist’s work is similar to a job in advertising. Both situations include receiving a commission and finding a solution. What differs is the aim. The aim of an artist is not selling.

DP: I agree. I think today it’s more interesting to be part of a group exhibition, a biennial, in which you have a strong piece that is competing — visually speaking — with the others. It’s increasingly important and interesting to think not only about your own piece, but also how your work achieves a sort of symbiosis with the whole show.

SB: That’s true, but at the same time, for me, the work of art, if it’s good and strong, must be autonomous in whatever situation you place it.

DP: We can’t just be creators of strong, disjointed artworks that can be separated from their contexts. Art becomes self-referential. Instead, we should be forward-thinking and try to work with the context in which we are participating. You can only participate if you understand the terms of your own participation.

SM: Do you think you have succeeded, in this sense, in your participation in the 4th Berlin Biennale, where you presented Il primo papà gira in tondo con la sua ombra / La mamma piega il suo corpo cercando una forma / Il secondo papà batte i pugni per terra [The first dad spins around with his shadow / The mom folds her body, trying to attain a shape / The second dad punches his hands on the ground]?

DP: Yes, behind that Biennial there was not just a concept but also a specific taste, something very physical and immediate, a common flavor that you could experience throughout the Biennial, also as a natural response of the artists to the context and to the situation. And this was new.

SM: There is something I have always wondered. Why are you so interested in ears?

DP: It’s a formal pretext. The ear is so beautiful, but also so scientifically fascinating. When you think of an ear, how it’s made, the pavilion, then you are reflecting on sound, the physical reality, the emissions, the fullness and emptiness, the idea of casting…

SM: In your video Angela e Alfonso (2002) it is the very dramatic and painful experience of two lovers where he cuts her ear off.

DP: There, the act of cutting the lover’s ear off is made to last for as long as possible. It is the culmination, the logical end of a love relationship characterized by this excess of passion. I am not into producing objects. I want my work to go straight to the point and to the viewer, painfully lacerating.

SB: I personally believe the artwork is still a matter of form. Do you think that art has to do with morality?

DP: I don’t think morality is at stake here. It’s more like something that just happens. It’s more related to the cause-effect chain reaction. It’s an intent that has an effect; the responsibility for it rests with both the players who “throw” it and who “receive” it.

SB: In relation to art, morality is an imaginary problem. When discussing art, any given issue becomes a pretext. Art must always be political, but it cannot deal with politics in a documentary way.

DP: Yes, the problem lies in its inception. When you create something, you feel a specific responsibility. When you deal with art, you feel the duty to make something that is for mere contemplation.

SB: Sure, the artist must be aware of politics, especially when you speak about political strikes or social engagement. But the actual artwork cannot become purely explanatory, like a caption.

SM: Could you tell me about your early work Untitled (1998)?

SB: I’ve always been intrigued by the potential energy that is, ideally, a kind of blocked kinetics. The more you block it the more it grows, like a dam; we have to give freedom to this kinetic energy that has been accumulated. This is what Untitled (1998) was about. There you have a bar going through the center of three big wheels becoming potentially unstable.

DP: From this point of view you are like a scientist who works with art. As an artist, you think about possible functions of energy without considering the danger implied. I like the idea that my work generates a chain reaction that I cannot control.

SM: In The Social History of Art, Arnold Hauser analyzes how artworks influence society. However, your discourse is based upon the idea that an artwork can evolve alongside society.

SB: Yes, it depends on who’s standing in front of it. It creates an open path in that sense.

SM: We could try to imagine how your work would have been perceived during the French Revolution for example…

DP: Now I’m thinking about something else that is more related to issues of loss of authorship in the creation of an artwork. If we look at an artwork, we see an undeniable change, an evolution. And nevertheless we are taught the original intentions and significances of works of art, which are generally meant to remain the same throughout time: the work will always be the same. We are looking at the situation from another perspective.

SB: Yes, but for us, it’s impossible to perceive the complete evolution of an artwork. Maybe even the gesture of the artist becomes the reflection of the political situation of the country from which the artist originates. I’m thinking about Gino De Dominicis: he was playful, probably because of his cultural background.

DP: Now Italy is living in a deeply problematic political reality, one which could call into question why Italian artists are not interacting with political issues, but instead are perpetuating this sort of playful mood.

SB: The artists should react, but in another way.  Those in power now use communication — the media — to control. It’s a form of persuasion that is very effective because it modifies the mind of the people. Maybe the reaction of the artists should be similar; they should use the same method. But obviously this act needs to be contextualized.

DP: Why do you think we are so afraid to make simple art? Maybe it is because we are afraid of getting so directly to the cause-effect reaction.

SM: Probably it’s somewhat related to the heritage of art history in Italy.

DP: That’s a possible interpretation. We have a much deeper respect for the history of art in Italy than in other countries. Being an artist has almost a mystical value for us. We think we are in an inferior position because we are the inheritors of Humanism and the Renaissance. From this position, it’s hard to be too direct.

SM: It’s like a soap opera: they make you wait for the next episode.

SB: In other words, the artist shouldn’t be explicit. Otherwise, he or she risks being too didactic.

SM: The artist has to indicate possible interpretations.

SB: Yes, but on the other hand, I think that any artwork can be political.

SM: It can also change in response to the environment.

SB: Yes, but if we keep it on a more practical level, we can consider an artwork “thrown” into history. I would say that most art is.

(Translated from Italian by Ben White)

Samuele Menin is editor in chief of Flash Art Italia.

Simone Berti was born in 1966 in Adria, Italy. He lives and works in Milan.

Diego Perrone was born in 1970 in Asti, Italy. He lives and works in Asti, Milan and Berlin.

Time is a tyrant. In Goya’s famous painting, Chronos, the god of time, devours his children: one could see this…

Sam Durant: Would you be willing to discuss any of your recent projects? Hans Haacke: For the 2009 Venice Biennale…

Edith Jerabkova: Hey Eva, what are you doing tonight? Eva Kotatkova:  Finishing a series of sociometric questionnaires for pupils of… 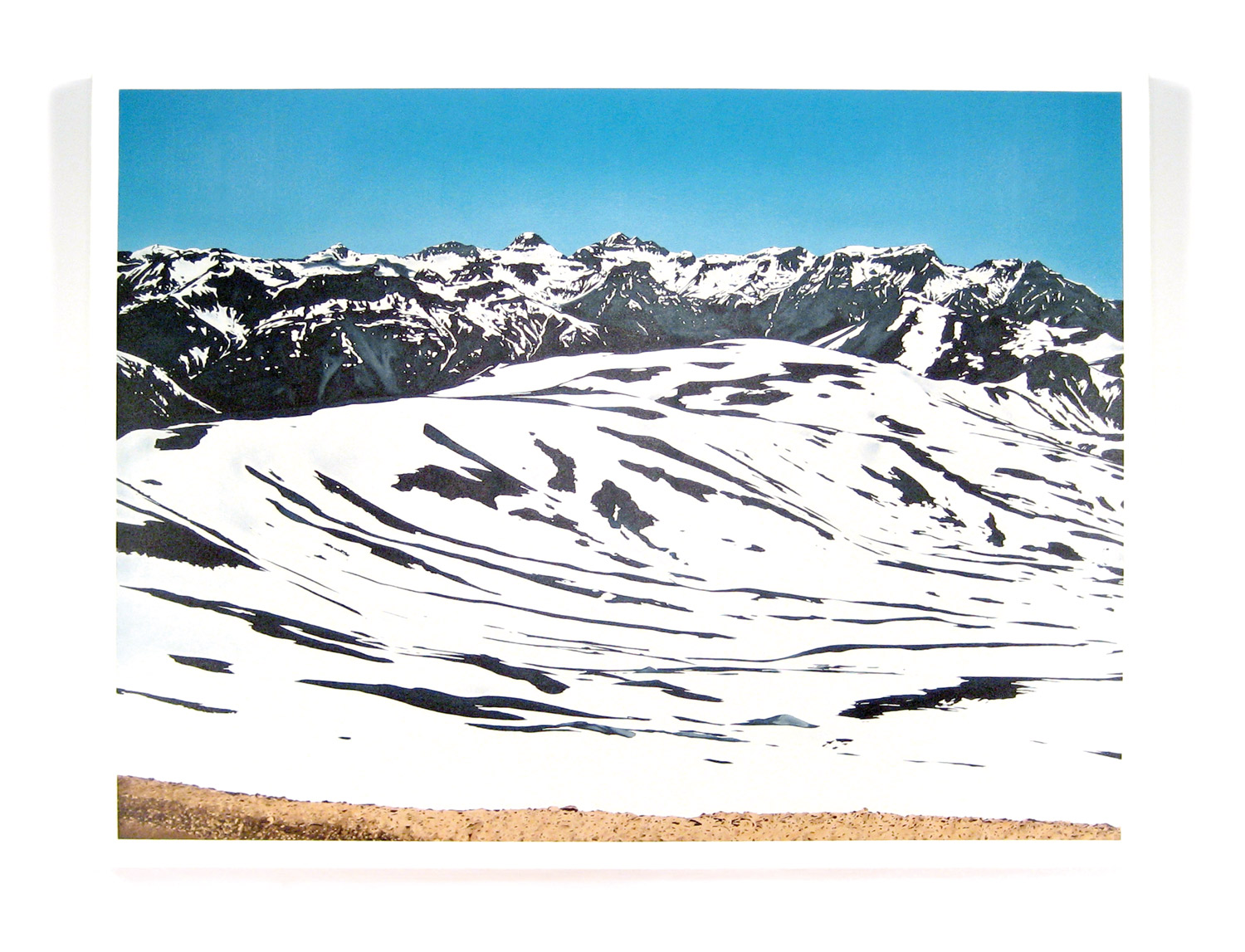 Christophe Boutin: You recently had a solo show in Prague. Could you tell me about it? Sean Micka: Yes, “After…