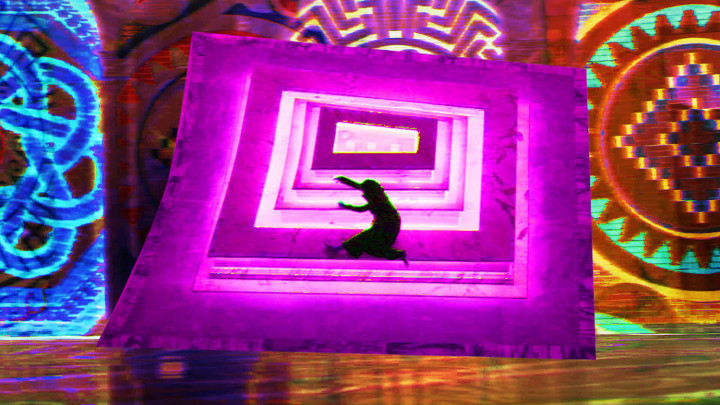 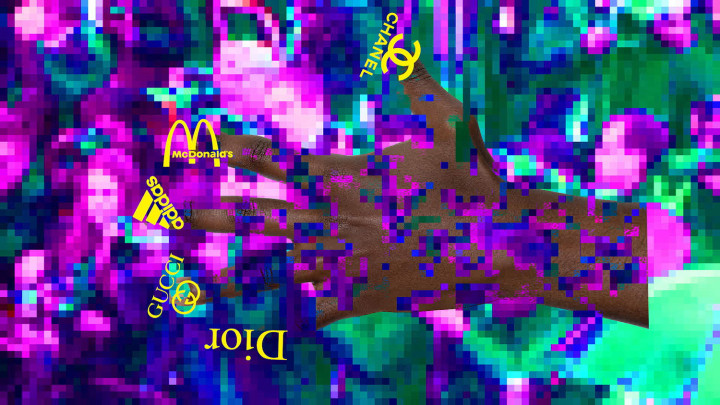 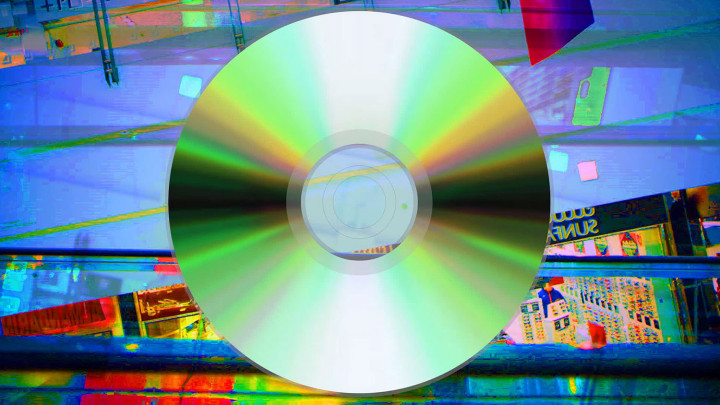 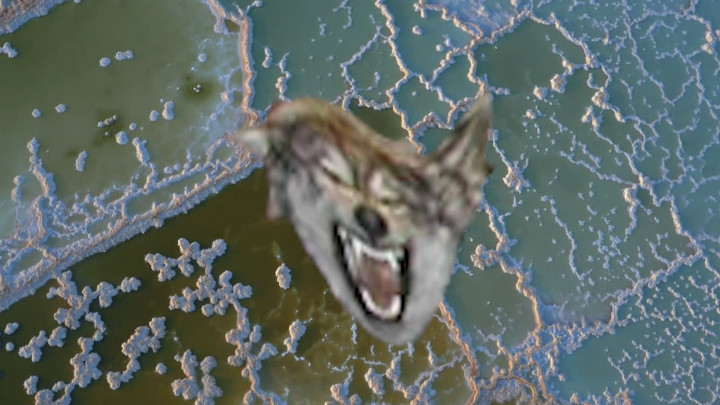 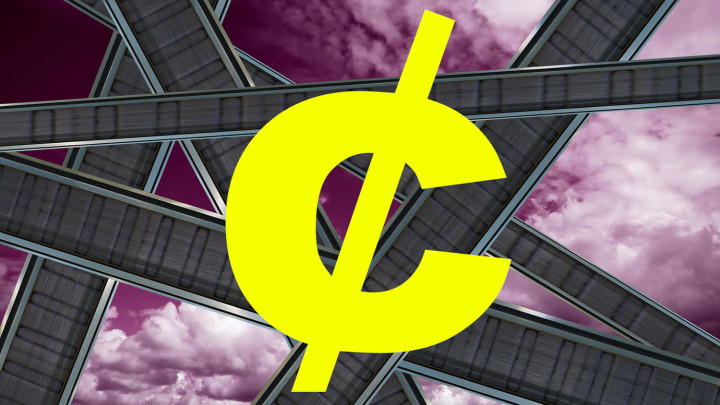 The shopping mall remains a favorite symbol for the forces of cultural homogenization known somewhat euphemistically as “Americanization.” (Fredric Jameson, in 2003, suggested that plotting the spread of malls around the world would produce an “epidemiological map” of this particular unifying effect of capitalism.)

In the Gulf, where American-Qatari artist Sophia Al-Maria is from, the shopping mall, famously, has reached something of a zenith. The architectural protagonists of her new video Black Friday (2016), for example, the Alhazm and the Villaggio, are two mammoth Doha shopping centers modeled, respectively, after the gallerias of Milan and the canals of Venice (by way of the Venetian in Las Vegas).

Rising out of a mass of sand, broken glass, and flickering cell phone screens (The Litany, 2016), and accompanied by a deafening and ominous sound track, Black Friday tours the Villaggio, following a father-son pair dressed in white thobes as they stroll past Gucci and Marks & Spencer. A voice-over text contributes to the arch tone, delivering a Hollywood-doomsday critique of consumer longing: “Your desire is a hydra … encased in the frameless frame of forever.” And, riffing on Marx, “With every spree, you witness in a precise way that all that is solid melts into air.” (In a separate scene, a digitalized female voice edits for context: “All that glitters melts into air.”)

The video reaches peak terror-pathos as the marble mall space is suspended in the sky, with the acrobatic camerawork accentuating the building’s soaring ceilings, calling up the trope of mall as capitalist cathedral. Dislocated from geographical specificity, the airborne shopping center reads as the fulfillment of Al-Maria’s characterization of malls in a recent interview: “a global inter-zone… [a] same-yet-other place.”

It’s the film’s decrescendo that provides the truest — and most sinister — moment: a narration in which Al-Maria relates the memory of being in a Doha mall and seeing, among a group of American soldiers, a former algebra classmate from Washington named Dusty. “I’m standing behind them,” Al-Maria says, “probably looking like a picture from their target practice. He doesn’t recognize me of course. There’s this insurmountable distance.”

This anecdote brings the “yet-other”  to bear on a video that might otherwise read as over-invested in the outsize and corny visual codes of consumption, reasserting the essential point that power differentials of a most concrete kind — military ones — not only cut through but also provide the conditions for a seeming sameness. 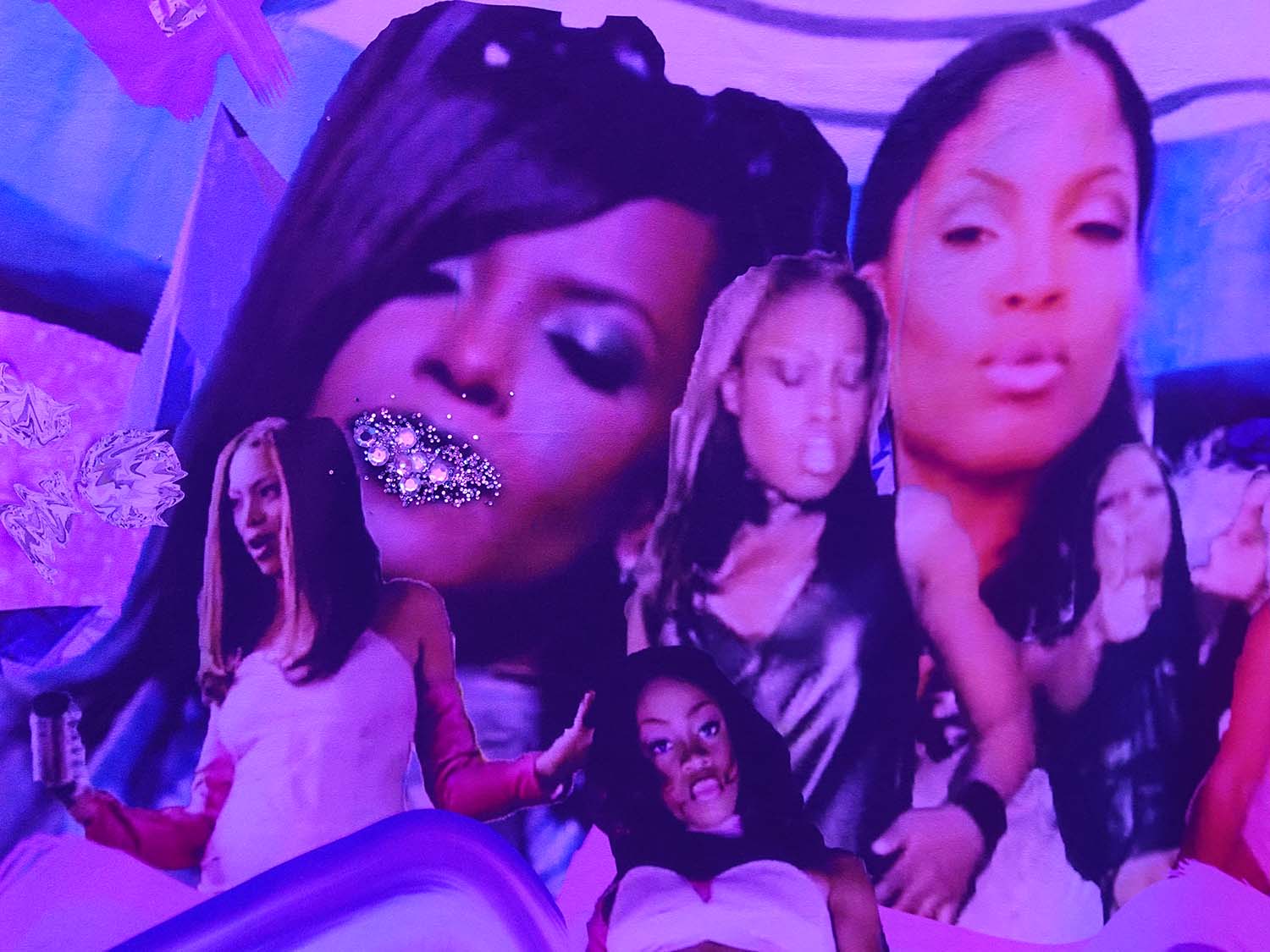 On a small TV screen in the window of the Bed-Stuy gallery American Medium, E. Jane kisses and folds successive…